We moved! From Texas to Utah. It’s a two-day drive, unless you drive overnight, which we didn’t because we don’t hate ourselves (at least no more than people who make themselves drive from Texas to Utah hate themselves; it is not a fun drive). I listened to Amy Chozick’s Chasing Hillary on the drive, finishing it almost exactly as we pulled up to our new place. I’ve listened to two other audiobooks in the past couple weeks, one Terry Pratchett and one nonfiction, and am in the middle of a few books in print (already have one out from the new library, thanks to my mother-in-law who works there). I’ll have a full review for Chasing Hillary soon, and at least some quick posts about the others. Now it’s unpacking (much more enjoyable than packing) and job hunting (possibly the worst thing in the entire world). Hopefully not too long before I’m back to blogging. 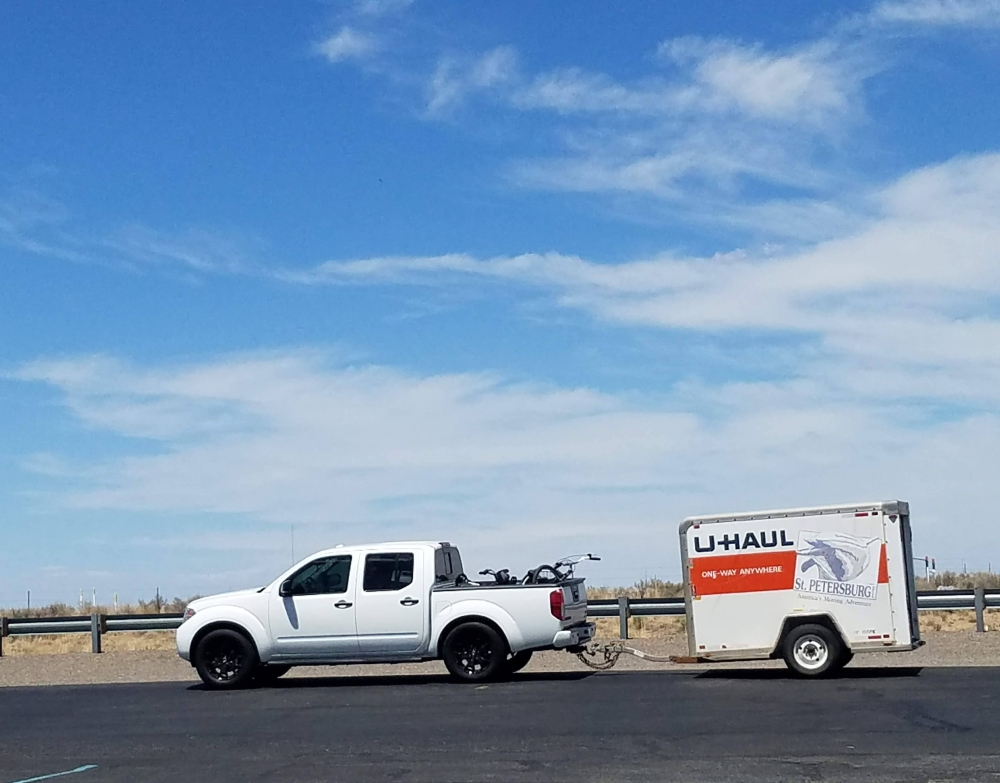