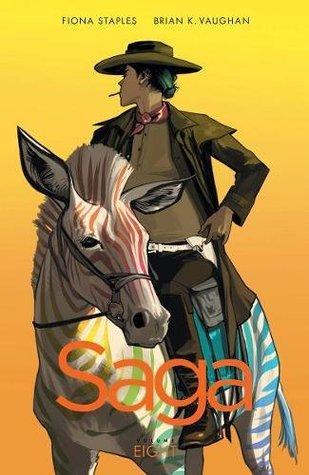 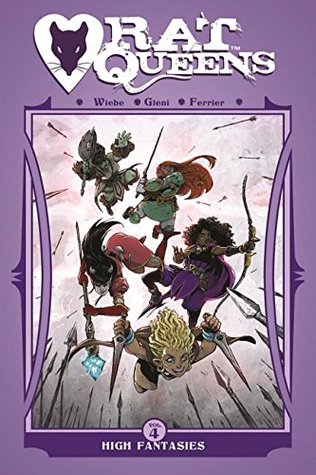 Excellent as always, less robot penis than usual, so plenty of good news. For the bad news, in chapter 47: oh my god, Brian K. Vaughan, no, absolutely fucking not. That is too far. Such excruciatingly graphic sexual violence against women is fetishistic, and felt very much like it was thrown in for cheap shock value. Having a female character say it does not make it better.

A few parts freaked me out, to be honest, and are responsible for the missing fifth star—I do not like Douchebro Barrie, and if that was just how it was going to be now, with his pampered/useless band of jerks following the Queens around and reframing every scene from their douchebro perspective, I was going to have to grieve the true, final loss of my already-embattled but deeply favorite comic. They ended up being tolerable, but won’t be if they keep turning up throughout the series, so I can only hope that Wiebe—who’s been surprising me this whole time by not betraying the Queens when I’m so afraid he’s going to—won’t insist on keeping them around.

I’m also not a huge fan of the artwork, particularly their faces, but primarily the fact that it’s bordering on exploitative at times. Despite the unending bullshit surrounding the Rat Queens artists, they’ve been mostly good about drawing sexy female characters without sexualizing them, and I’m going to need Owen Gieni to rein it in if he’s planning to stick around.

Love Braga, love the questing, love the Rat Queens despite all their unfortunate relations. I’m so happy to have my Queens back.

Didn’t know what was happening half the time, to be honest. Just waiting now to see where it’s all going.