Three and a half stars, maybe, but I don’t mind rounding up to balance out all the reviews that hate it way more than I think is warranted. (Though I do wonder, since this is yet another instance of books titled “how to __” which do not in any way contain information about how to do the thing named in the title, why people insist on naming books this way.) I can see not loving it—the writing is sometimes unclear and I dislike the way humans are illustrated in it. But it reads pretty straightforwardly to me, and nowhere did I think Cunningham was insulting or condescending, which is what many Goodreads reviews said about it. There are panels where you can sense his bias—which is fine, because as this a graphic novel and not a scientific paper, the author is allowed to share his own opinions.

The best chapter was the last, on science denial in general, and how American culture is set up to create as much confusion as possible. 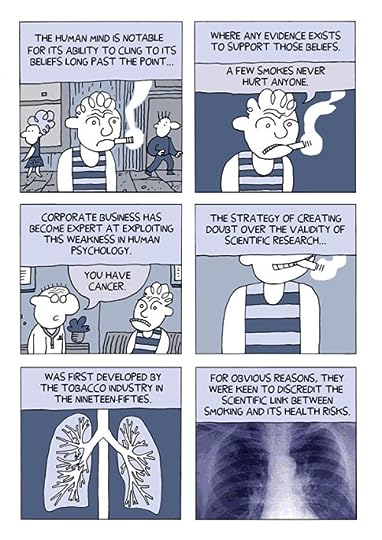 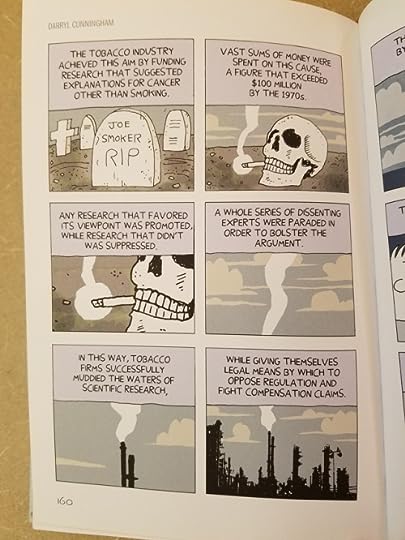 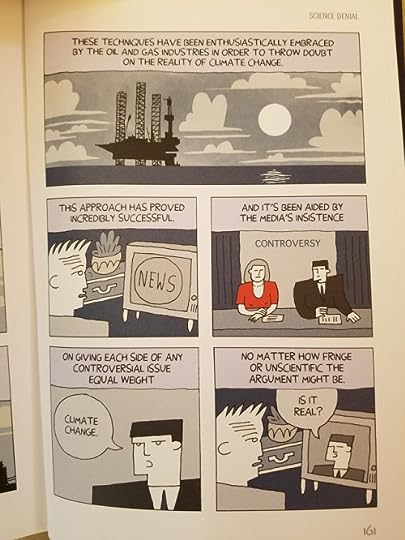 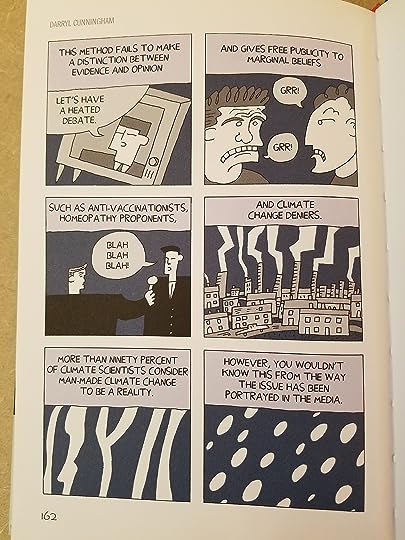 This book is actually a good companion read (from the science angle, instead of politics, and in a very different style) to Jane Mayer’s Dark Money. In fact, I think Cunningham used one of her articles as a source.