I can’t be sure what the very first was, but there are three possibilities: the Nancy Drew books, which an elementary school teacher read aloud to my class; Ramona Quimby, Age 8, by Beverly Cleary; or The Lion, the Witch, and the Wardrobe, which I read in second grade. 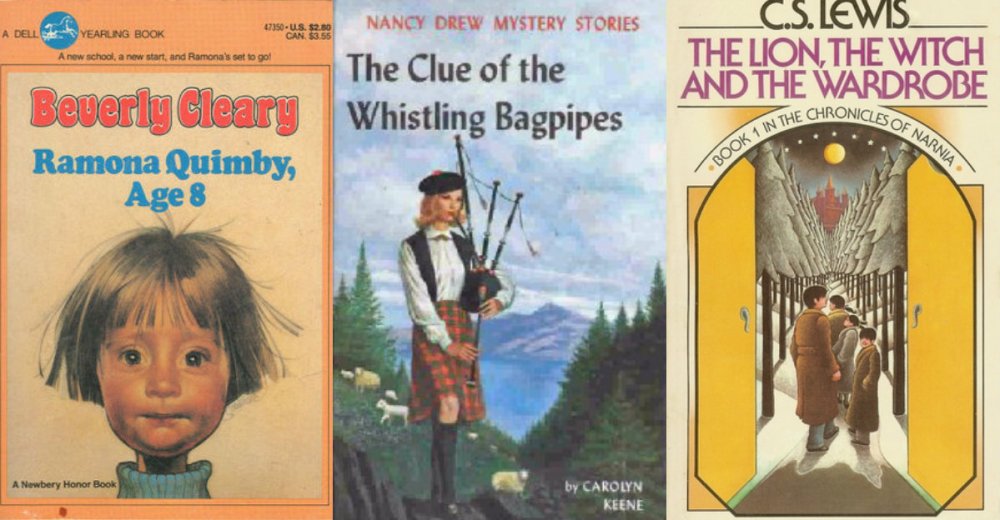 My favorite classic is Tess of the d’Urbervilles, by Thomas Hardy, and it’s one of my favorite books to reread every few years.

Everything by John Green, specifically The Fault in Our Stars. I read and liked Will Grayson, Will Grayson (with David Levithan), but I never got a chance to read any of his others before my YA disaffection kicked in, and it was a combination of his books and Rainbow Rowell’s that caused it. Now, if I’m being honest, I probably never will.

Drama by Raina Telgemeier and Dramarama by E. Lockhart are very similar books, about teenage girls who go to theater camp, but each book bears the distinctive style of its creator. I loved them both. 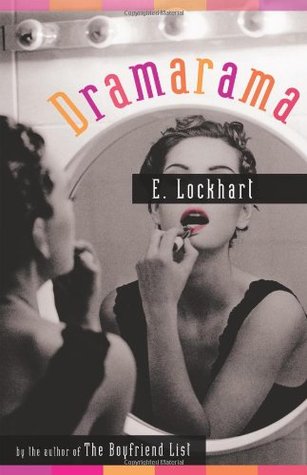 Every high fantasy series I want to read, basically. And Infinite Jest, by David Foster Wallace. I read the first two books in the Memory, Sorrow, and Thorn series a few years ago, but still haven’t picked up To Green Angel Tower.

Every Harry Potter book that came out while I was in college. The release was always in the summer when I was home for vacation, and I always pre-ordered the book. So I’d check the mail the instant it arrived, run upstairs to my room, and basically not come out until I finished at four in the morning.

I . . . don’t know. I had to look up the acronym to make sure I had it right, and I can’t think of any relationships I think about outside of actually reading the book. I’m going to cheat and say Buffy and Spike.

Shelter, by Jung Yun. The first words I wrote about it were: “I read for two hours past my bedtime because that’s how long it took to find a place I could bear to put it down.” The whole thing took me less than 24 hours.

None. I do love all versions of Eevee, but I don’t think there’s anything I wouldn’t get tired of after a while.

I’m too busy playing catch-up with my TBR to be able to watch for new things that haven’t been published yet (plus a significant part of my vetting process is knowing something about the author before I read). But I have Goslyn County by A.M. McKnight on my list, which was the author’s debut when it debuted, and it’s one I’m excited about reading.

Haruki Murakami. I’ve yet to read one of his books that I didn’t like enough to own.

Anything by Brandon Sanderson, probably. I haven’t read anything of his in several years, but I’ll pick one up again sometime.

It’s been about five years since Barbara Kingsolver’s last book. I would really love new ones from her and from Chimamanda Ngozi Adichie.

Fablehaven, by Brandon Mull. It’s one of the series that gets recommended for Harry Potter hangovers, and while I think that’s an unfair comparison—very little compares to the scale and depth of Harry Potter intoxication—these are really excellent, engaging fantasy books.

(But also: Is Magikarp surprisingly awesome? I never knew.)

I’d love to have a lot more of the Penguin clothbound classics, to go with the few I have now. Dracula and The Woman in White are the next two I’ve been coveting.