There were only four days left, but we couldn’t even make it that far.

The cruelest thing is that she was fine. They’d just told us she was okay. I’d just thought it was safe to relax. And then I went to work the next day, and Carrie Fisher was gone.

I just . . . I’m so crushed. We needed her so much. We needed her telling us to stop asking whether she’d “aged well,” needed her sarcastic wit, needed her plain refusal to take any more bullshit. We needed her dog Gary, and her funny memoirs, and her openness about mental illness. We needed General Organa to take the fucking galaxy in hand and be the solid, powerful, in-control grownup woman role model we’d never had. 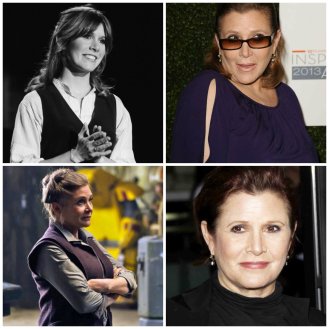 I miss her already. More than any of the others who’ve died this year, even others who were incredibly special to me, I already feel the loss of her. Partly that’s because of the immediacy of Star Wars, the cruel irony that the series had just been revived, that she was going to be in who knows how many more movies. But it’s also because she was such a presence. She’d been through so much, and she showed us how hard it was, how fucked up it all was.

And it is—it is all so fucked up.