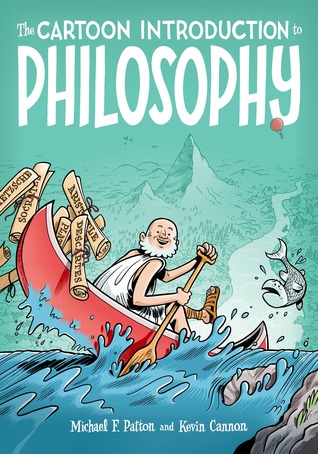 Kind of a silly and punny premise, but effective. This is a great way to break down complicated philosophical concepts and make them accessible in a short amount of time. My library has it catalogued with the adult graphic novels, but I think it’s simple enough that anyone who’s old enough to be interested in philosophy would also be able to appreciate it.

On the down side, this is yet another history that says, “There were actually a lot of women who made important contributions to this field, and they really should be represented more, but we don’t have a lot of time so we’re not going to be the ones to do it.” At least they addressed it right up front . . . That’s something, I guess?